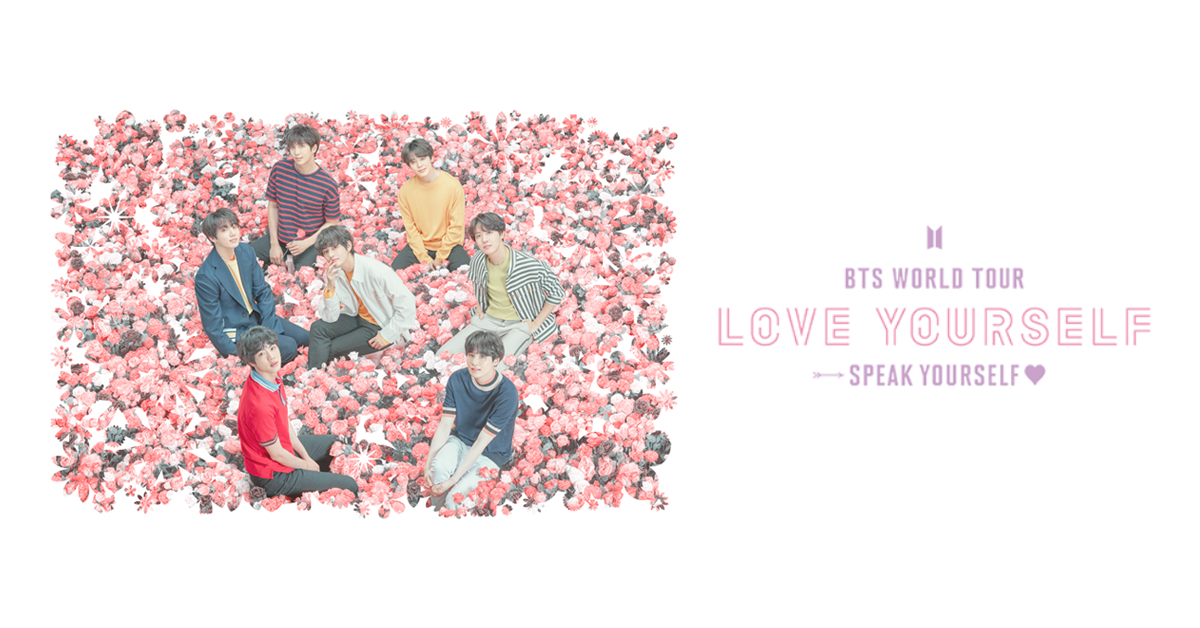 BTS Announces Additional Stadium Stops To Their World Tour Under The Extended Title ‘Love Yourself: Speak Yourself’

Global Pop Sensation Confirms Dates For 8 Stadiums Across The World

Following a record-breaking 2018, BTS is further cementing their position as the biggest pop act on the planet as they announce their BTS WORLD TOUR‘LOVE YOURSELF: SPEAK YOURSELF’, with a line-up of eight stadiums spanning North America, South America, Europe and Asia.

The tour comes fresh on the heels of their first-ever stadium show in New York at Citi Field Stadium last October, which sold-out in minutes. BTS WORLD TOUR ‘LOVE YOURSELF: SPEAK YOURSELF’kicks off its monumental stadium run on May 4 at the Rose Bowl Stadium in Los Angeles/CA before traveling through Soldier Field in Chicago/IL, MetLife Stadium in E. Rutherford/NJ, Allianz Parque in Sao Paulo/Brazil, Wembley Stadium powered by EE in London/UK, and Stade de France in Paris/France. It is also scheduled to hit Yanmar Stadium Nagai in Osaka/Japan and Shizuoka Stadium Ecopa in Shizuoka/Japan the following July.

Ticket information, including seating chartsand prices, will be released soon. Find the ticket on-sale dates for North America, South America and Europe below:

The global boyband recently made history as the first Korean act to present at the GRAMMY Awards. In 2018, BTS scored two #1 albums on the Billboard200, embarked on a sold out world tour, landed the cover of TIME, and had the highest-grossing cinema event with Burn the Stage: the Movie.While millions across the world celebrate BTS as a culture, the band continues to break ground, connecting with the people through their music.

BTS, an acronym of Bangtan Sonyeondan or “Beyond the Scene”, is a South Korean boyband that is capturing the hearts of millions of fans globally. The members of BTS are RM, Jin, SUGA, j-hope, Jimin, V and Jung Kook. BTS has gained recognition from their authentic, self-produced music. From their top-notch performances to the way they interact with their fans, BTS has become a global phenomenon since they debuted in June 2013. They have mobilized millions of fans across the world (named ARMY), topped prominent music charts, sold out worldwide tours and have been recognized with prestigious awards like the Billboard Music Awards.