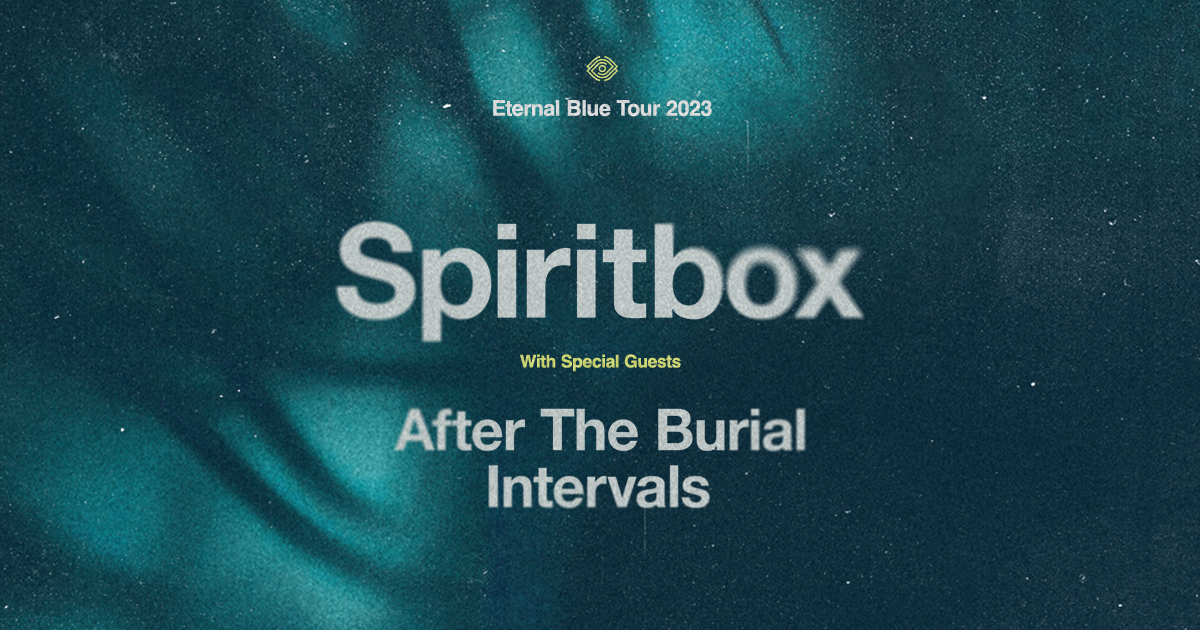 Heavy music’s hottest rising band, Spiritbox, have today announced their first ever US headline tour with support from After The Burial and Intervals. The Eternal Blue Tour 2023, produced by Live Nation, will hit 22 cities across North America, beginning in Vancouver on April 10th and culminating in Minneapolis on May 10th. VIP packages for the tour are available now from soundrink.com. Tickets go on general sale on Friday November 18th at 10 AM local from Spiritbox.com. Full routing below.

Citi is the official card of the The Eternal Blue Tour. Citi cardmembers will have access to presale tickets beginning November 15th at 11 AM ET until November 17th 10 PM local time through the Citi Entertainment program. For complete presale details visit www.citientertainment.com.

The history-making tour is in support of Spiritbox’s phenomenal, chart topping debut album of the same name, released in September of 2021 via Rise Records and Pale Chord. Since releasing Eternal Blue, Spiritbox have been conquering the live arena one jaw-dropping performance at a time around the globe, playing major European & US festivals, several sold-out, one-off headline shows in major cities such as London, Los Angeles and Munich and touring with the likes of Underoath, Ghost and Lamb of God.

Spiritbox have spent the 12 months since releasing Eternal Blue honing their live show into a truly jaw-dropping, unmissable experience. Now, fans across North America will have the chance to see the band perform a full headline length set for the first time, making the Eternal Blue 2023 Tour what is sure to be one of the most highly anticipated, must-see live events of the year.

Spiritbox also released their 3-song  Rotoscope EP, earlier this year. The title track for which came accompanied by an official music video shot by Max Moore, which has run up over 2.6 million vYouTube views. The EP has clocked up 14 million streams

To date, Spiritbox have accumulated over 209 million career streams across platforms. They were also nominated for 2 Juno Awards this year for Breakthrough Group Of The Year and Metal/Hard Music Album of The Year.